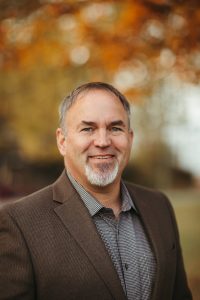 Following my childhood in Green Bay, WI, I attended Michigan Technological University, and graduated with a degree in Mechanical Engineering in 1993. After two years in the marine industry I joined the Peace Corps and was posted to Ghana, West Africa, where I taught math for two years and met my wife Jenni, who was also a volunteer teacher.

In 1998, I accepted the position of Centre Director for the United Seamen’s Service in Yokohama, Japan, a non-governmental organization, while Jenni taught in Tokyo. Two years later we moved to Honduras where Jenni taught, and I studied Spanish. In 2001, we immigrated to Canada and settled in Powell River, eventually having two kids.

Locally I’ve given my time to support many causes and participated in small business as an employee, and as an owner. My passions outside of work include travel, mountain biking, pickleball, woodworking, cooking, and spending time with my family.

I entered politics not because of any hot-button issues, but because of a desire to give back to the community. A friend once told me that simply living in a community does not make you a part of it – contributing to it does. If we all do our part, we’ll all be better off in the end.

Back to Board of Directors page